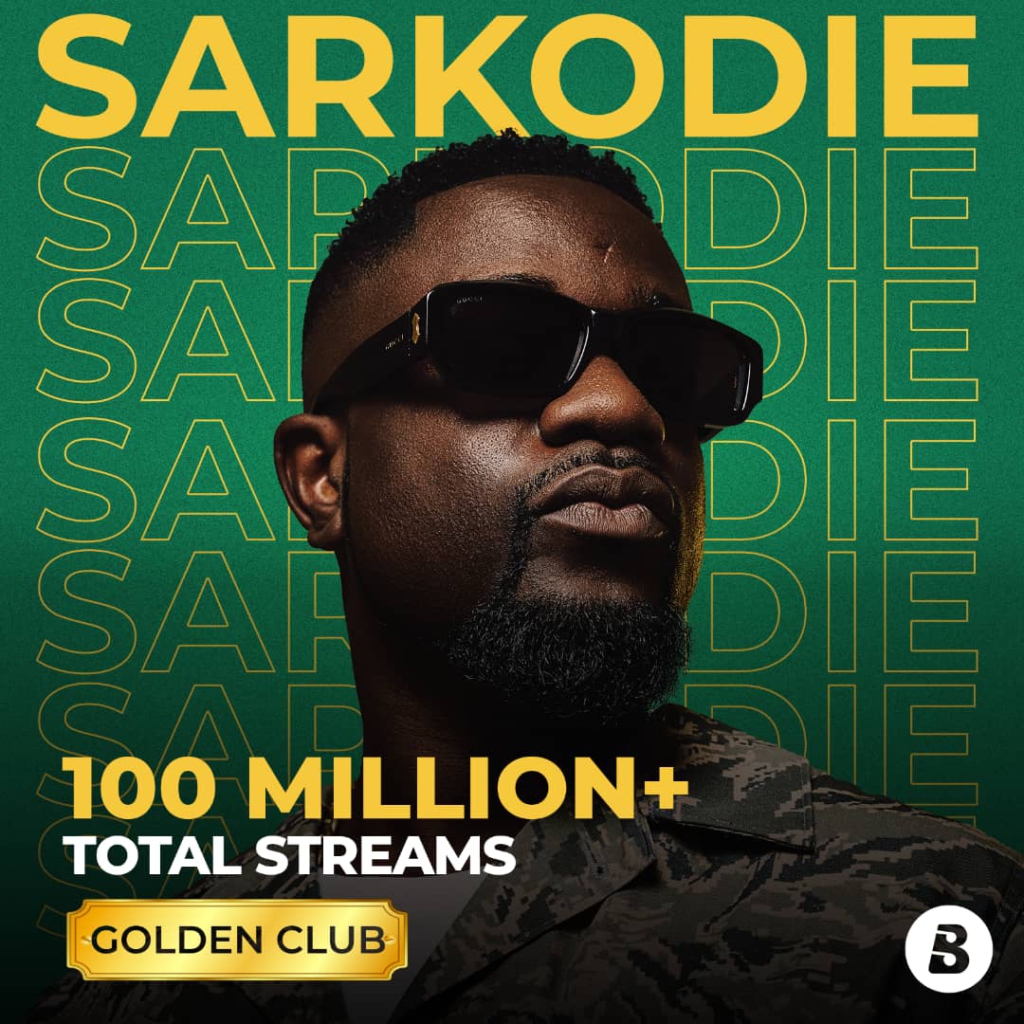 The KING is back at it! Just hours after the release of his seventh album, “JAMZ”, celebrated Ghanaian rapper, Sarkodie, has joined the Golden Club on Africa’s largest streaming and download platform, Boomplay.

This was made possible by Sarkodie amassing a total of 100M streams from his catalogue on the popular streaming platform. By achieving this feat, Sarkodie becomes the second Ghanaian artist to join Boomplay’s Golden Club after Black Sherif.

Earlier on Thursday, Sarkodie visited the Boomplay office as part of his pre-release activations for the “Jamz” album. He shared a tweet with fans on social media when told about the impending achievement, “Inside @BoomplayMusicGH offices and I’ve been told we hitting 100 mill streams SARKNATION thank you… Let’s hit it with #Jamzalbum.”

Sarkodie was the most streamed artiste on Boomplay in 2021,  based on Boomplay’s 2021 Recap, an annual campaign that highlights stats and insights of artist performances based on music consumption by users across Boomplay’s operational regions under a specified year in review.

The streamer’s 2022 Recap is set be announced in a few weeks and SarkNation fans are eager to know the accolades awaiting the Landlord, King Sark.