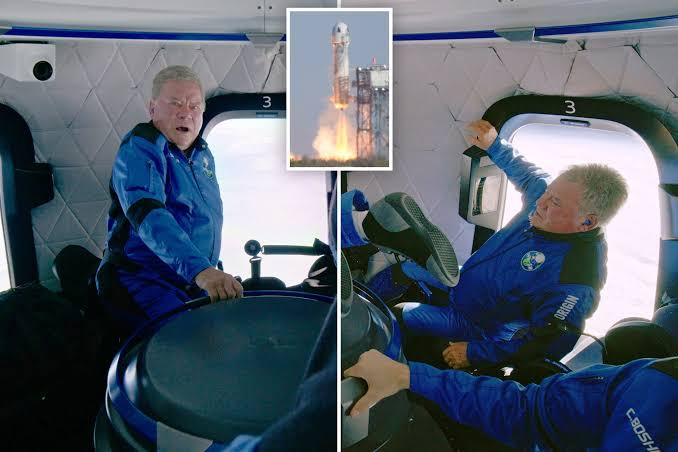 Star Trek actor, William Shatner has revealed how he felt after going to space.

Shatner said seeing Earth from space aboard Jeff Bezo’s Blue Origin rocket was a profoundly sorrowful experience, but one which inspired him to cherish the beauty of our planet.

After his suborbital space tourism flight last year he had a very distinct observation when he turned his gaze from the Earth to black expanse of the cosmos: “All I saw was death,” he wrote in a new book. 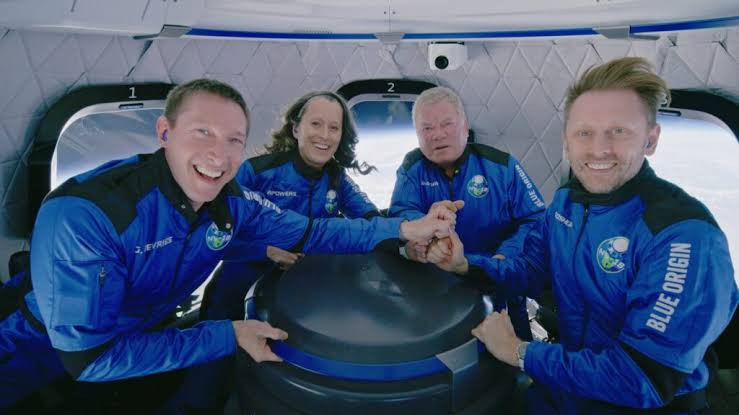 Shatner’s biography, called “Boldly Go,” which he co-wrote with TV and film writer Joshua Brandon, is filled with similarly grim anecdotes about Shatner’s experience bolting above the Earth’s atmosphere aboard a real-life rocket after his memorable stint playing a spaceship captain on the 1960s TV show “Star Trek” and several franchise movies in the following decades.

“I saw a cold, dark, black emptiness. It was unlike any blackness you can see or feel on Earth. It was deep, enveloping, all-encompassing. I turned back toward the light of home. I could see the curvature of Earth, the beige of the desert, the white of the clouds and the blue of the sky. It was life. Nurturing, sustaining, life. Mother Earth. Gaia. And I was leaving her,” reads an excerpt from “Boldly Go” that was first published by Variety. 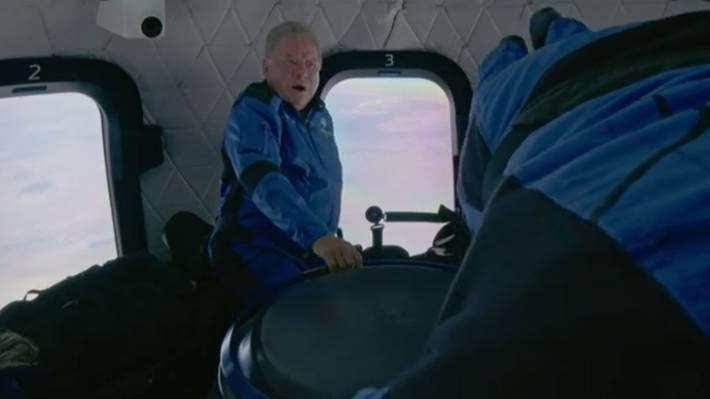 Read a transcript of the book, published by CNN below.

Fifty-five or 60 years ago I read a book called “Silent Spring” by Rachel Carson. She wrote about the environmental issues that are still happening today. I’ve been a verbal ecologist since then. I’ve been aware of the changing Earth and my apprehension for all of us.

It’s like somebody owing money on a mortgage, and they don’t have the payments. And they think, “Oh, well, let’s go to dinner and not think about it.”

But it’s so omnipresent! The possibilities of an apocalypse are so real. It’s hard to convince people — and especially certain political people — that this is not on our doorstep any longer. It’s in the house.

When I got up to space, I wanted to get to the window to see what it was that was out there. I looked at the blackness of space. There were no dazzling lights. It was just palpable blackness. I believed I saw death.

And then I looked back at the Earth. Given my background and having read a lot of things about the evolution of Earth over 5 billion years and how all the beauty of nature has evolved, I thought about how we’re killing everything.

I felt this overwhelming sadness for the Earth.

I didn’t realize it until I got down. When I stepped out of the spacecraft, I started crying. I didn’t know why. It took me hours to understand why I was weeping. I realized I was in grief for the Earth.

I don’t want to ever forget, nor have I forgotten, the momentousness of that occasion.

I had an awareness that human beings may be the only species alive on this planet that is aware of the enormity and the majesty of the universe.

Think about what we’ve discovered in just the last 100 years given the 200,000 years that humans have existed. We’ve discovered how mountains have formed, the Big Bang. And I kept thinking about how mankind is evolving rapidly into a knowledgeable creature at the same time it’s killing itself.

'Mr President why are you sleeping on Ghanaians... we deserve better - Prince David Osei tells Akufo-Addo

“IMF is moving at snail pace in negotiating Ghana’s programme”; “economy being run aground” – IEA Director of Research