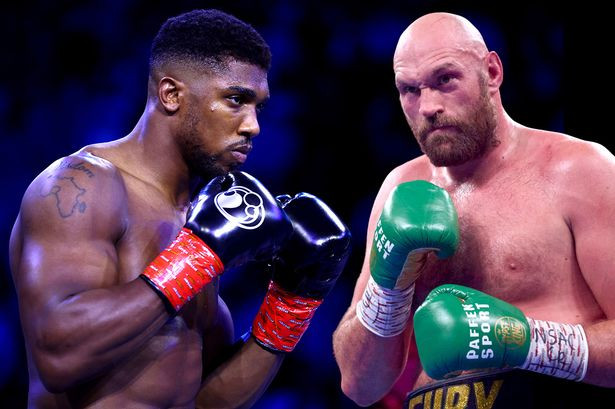 Tyson Fury has claimed Anthony Joshua never had the intention of fighting him after talks for their showdown collapsed last month.

The Gypsy King called out Joshua in late September, despite the Olympic gold medallist losing his rematch to Oleksandr Usyk just weeks earlier.

Joshua’s team initially announced that they had accepted Fury’s terms, raising hopes that the fight would go ahead, but discussions between the two broke down. This led to Fury deciding to fight Derek Chisora for the third time on December 3 at the Tottenham Hotspur Stadium, while Joshua has revealed that he won’t return to the ring until 2023.

Speaking about the failed negotiations for the Joshua fight, Fury accused his rival of not actually wanting to face him.

‘I just don’t think he ever wanted the fight because if he did I’d be fighting Joshua right now rather than Derek Chisora, one of the people who he manages,’ Fury told former world champion Carl Frampton in an interview with BT Sport.

‘If you want a fight, you tell your team you want it. And they’re saying now: “oh, it was because of commercial rights, sponsors and stuff”.

‘Now if one of my sponsors says I can’t fight Derek Chisora, what am I going to say? You’re not my sponsor anymore, do one! How can a sponsor dictate who you fight?

‘The fact of the matter is, it’s called “lack of balls” in the trade. And if he’d had the balls, he would have been fighting the Gypsy King here at Tottenham or he could have even done Cardiff if he didn’t like the rain.’

Fury is expected to fight Usyk if he comes through his trilogy bout with Chisora next month.