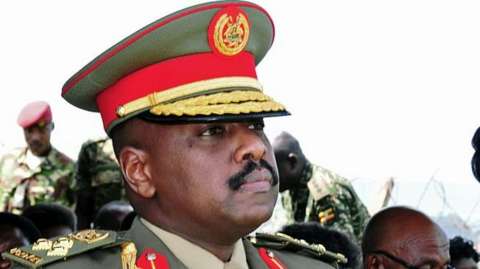 In his Thursday evening apology, the general said he had never had any problem with President Ruto.

He added: “If I made a mistake anywhere, I ask him to forgive me as his young brother.”

I have never had any problem with Afande Ruto. If I made a mistake anywhere, I ask him to forgive me as his young brother. Godbless East Africa! pic.twitter.com/5LuzVabLKz

Mr Museveni – who has been in power since 1986 – has long been suspected of grooming his 48-year-old son to succeed him when he eventually steps down, an allegation he has always denied.