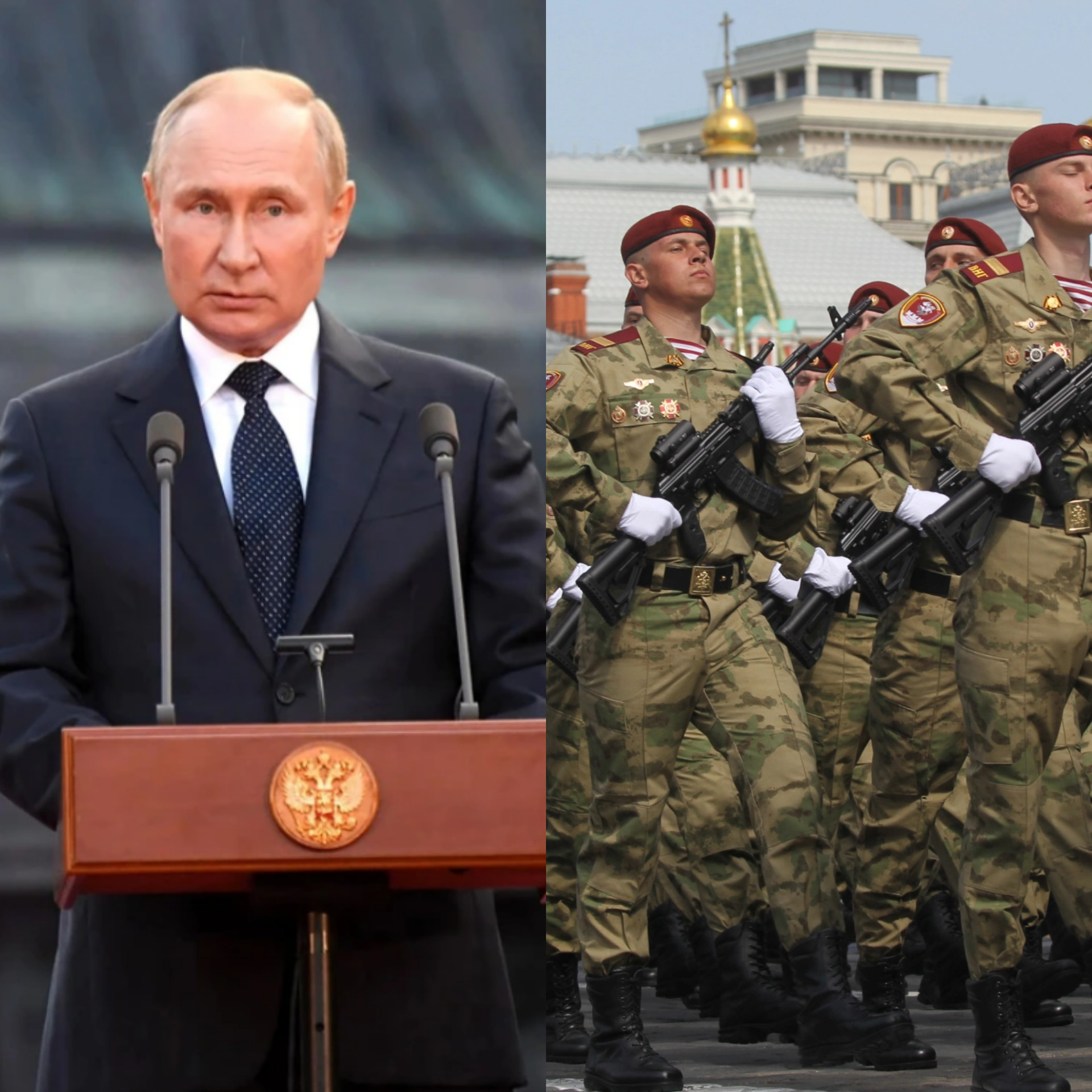 Ukraine’s military Intelligence has claimed an elite unit of the Russian military has been deployed to firm up security in Moscow as president Vladimir Putin fears he could be deposed in a coup.

Kyiv’s intelligence officials on Sunday, October 9 told local media that Putin’s fearsome ODON unit of the Russian National Guard had started rounding up and arresting other soldiers as Putin is wary of being ousted in a coup.

“All military units on the perimeter of Moscow have been put on high alert”.

“Putin is terrified of the possibility that he could be ousted and killed as murmurs of growing discontent emerge among the Russian elite.”

Although the Russian media have not made any such reports, the Ukrainian reports of the ODON guardsmen in Moscow could be attempts to sow division amongst Putin’s fractured ruling elite and military brass by the Ukranian intelligence.

The report came just hours after Putin’s prized bridge from Russia to annexed Crimea was blown up in a suspected attack by Ukraine.

The special rapid response unit is comprised of around 18,000 men and is controlled by Major General Nikolai Kuznetsov.

Kyiv intelligence claimed the ODON forces have been deployed in Moscow and “numerous arrests, detentions and blockades have taken place”.

The report comes amid a time of growing dissent over Putin’s disastrous war in Ukraine.

With sweeping offensives, the Ukrainians are consistently on the front foot and have retaken swathes of land in the east and south.

A Western intelligence official said to Washington Post: “Since the start of the occupation we have witnessed growing alarm from a number of Putin’s inner circle.

A second senior Western official said the tensions are “consistent with the way in which the campaign has gone for the Russians, and the atmospherics in the Kremlin”.

“There are a lot of people who are convinced this isn’t going well or the right course of action,” they added.