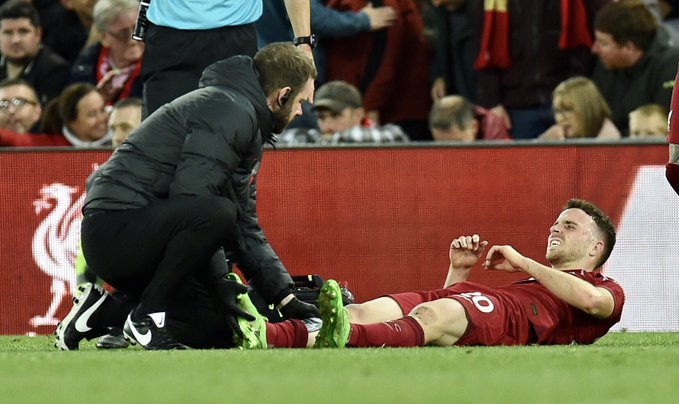 Liverpool’s Portugal forward Diogo Jota has been ruled out of the World Cup with a calf injury, according to Reds manager Jurgen Klopp.

The 25-year-old was taken off on a stretcher in the final moments of his side’s 1-0 Premier League win against Manchester City at Anfield on Sunday.

Klopp said Jota will be out for a “long time” and “we talk about months”.

“[It is a] pretty serious injury of the calf muscle. Sad news for the boy, us and Portugal,” the German added.

“He’s surprisingly OK so far. He’s an incredibly smart boy. I think he knew it when we carried him off the pitch.”

“We passed each other after the game and he explained pretty much what had happened. I think he knew it was a serious one and could be pretty impactful for his World Cup dreams.”

Jota wrote on social media: “After such a good night at Anfield mine ended in the worst way! In the last minute one of my dreams collapsed.”

He missed the start of the season with a hamstring injury before returning as a substitute in a goalless draw against Everton on 3 September.

Jota played for Portugal during the international break later that month and scored in a 4-0 win over the Czech Republic.

Actor, Kevin Spacey says he waited until 58 to come out as Gay because his dad was 'white supremacist neo-Nazi'